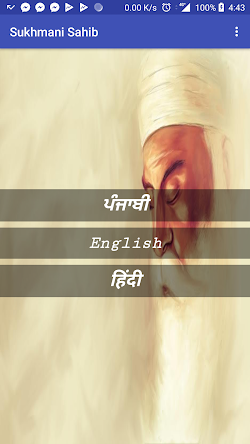 Sukhmani Sahib (Punjabi: ਸੁਖਮਨੀ ਸਾਹਿਬ) is usually translated to mean Psalm of Peace is a set of 192 padas (stanzas of 10 hymns) present in the Guru Granth Sahib, the main scripture of Sikhism from Ang 262 to Ang 296 (about 35 count). This Gurbani text (writing of the Gurus) was written by the 5th Guru, Guru Arjan (1563–1606) at Amritsar in around 1602. 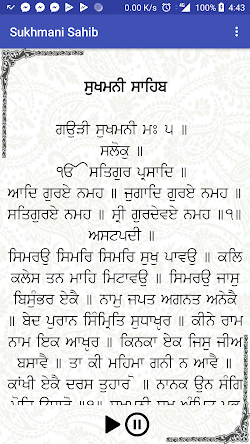 – Play and Resume Audio, you can pause it any time and can resume from where you have paused.

– Stop button will stop path completely. If you play again, path will start from current page. 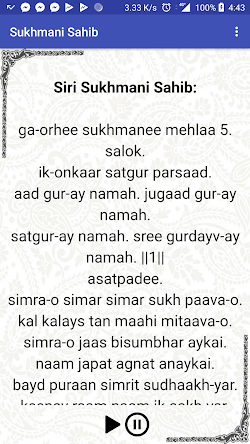 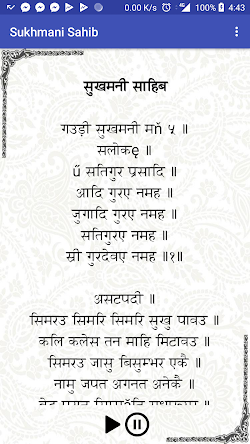 Sukhmani Sahib is frequently recited by Sikhs is one of the popular Banis (compositions of the Guru). It can be done individually or as a group usually in either a place of worship (Gurdwara) or at home. Reciting the entire Sukhmani Sahib takes about 60 to 90 minutes, and is sometimes undertaken by everyone in a smaller congregation with turn by turn reading. Reciting the Gurbani of Sukhmani Sahib is believed to bring peace to one’s mind and aid help remembering God constantly.

Thanks for reading this. If you found any mistake, please email us at [email protected]
Fixed Hindi Version