Offline OS maps of Great Britain along with GPS functionality. Outdoor Map Navigator apps are available on Android, PC, iOS, and macOS allowing you to use the OS maps you subscribe to along with your routes on multiple phones, tablets, and computers. 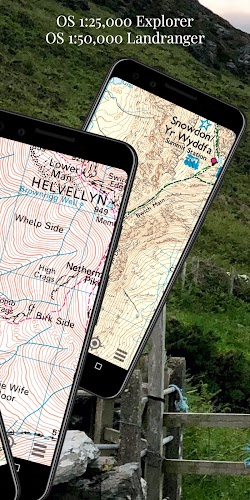 Four Platforms at no extra cost

• Sync your routes and maps between all of the apps with ease via Anquet Cloud.

• Purchase a subscription and use the maps on all four apps.

• Download OS maps to store on your phone/tablet to use them offline without an internet connection.

• See your position in real-time on the latest Ordnance Survey maps.

• Record tracklogs of where you have been. 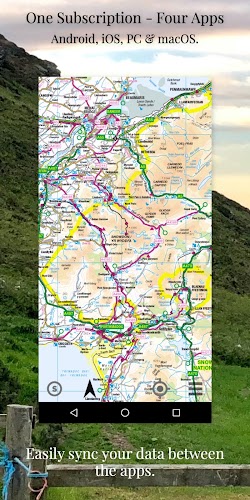 • Plot routes, edit and style them.

• Maps can be downloaded for offline use so that they can be used away from an internet connection.

• Use your maps on Android, PC, macOS, or iOS via OMN apps on these platforms – no need to use a clunky web browser-based system. 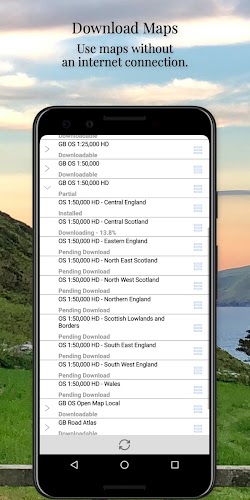 • The option to stream maps when you have an internet connection.

• Add and save waypoints.

• Plot, edit, and style your routes.

• Create your styles for routes and tracks with transparency, thickness, and colour.

• Choose from over 200 icons for waypoints, or import your own on OMN PC or OMN macOS and sync to your account for use on OMN Android.

• Save routes and tracks and sync them to Anquet Cloud to access them on other OMN apps.

• Import and Export data in the industry-standard GPX file format. 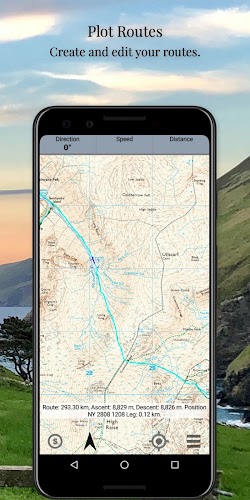 Use maps, routes, and tracks within any of the four OMN apps. You can therefore plan a route on the larger screen on your PC or Mac, and then easily sync your route data to your Android phone or tablet. If you need to make a change whilst on the go, OMN Android has a full route editing system. When you have completed your trip, review your tracklog either on OMN Android, or quickly sync to your PC or Mac to view on a larger screen.

Anquet Maps have been building digital mapping systems since 2001. This latest version of OMN was built with the help of our customers concentrating on usability and consistency across Android, PC, macOS, and iOS to allow users to learn the system once and easily move between computers without having to relearn everything. Although you have a full route editing system on your phone or tablet, also having access to the same tools on your PC or Mac will make your route planning much easier due to the larger screen.

OMN PC and Mac also contain a very powerful print engine to allow you to make map prints to carry as a backup.

If you have questions, please reach out to us at [email protected]
A few small bug fixes and a new icon.

A few small bug fixes and a new icon.