mobiSCORE will keep you up to date with live scores, league standings, Goals, Formations & more. 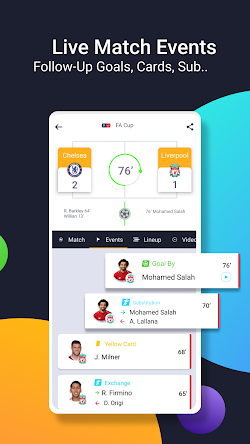 to go with your mobile theme automatically & customizable.

for the last 5 games that were played in each team by winning, drawing, losing and also comparing the standings of the two teams in this league. 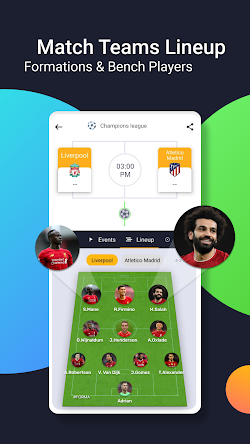 Be close to the events of the matches in real time. Additions, red cards, yellow cards and goals & videos

of each event that occur from its official sources as soon as they happen.

of the match is added one or more hours before one hour in the most famous periodicals, or for a shorter period before the start of the local leagues.

We provide you with all the Top leagues

with points, with different groups and knockout, we show points, goal difference, and matches that have been played in addition to arranging the teams in the away or return matches.

of the most scoring players in the league this season, with the possibility of opening the player profile and obtaining more information or adding it to favorites.

We display all the videos

of the league that are displayed on social media and their official channels of goals, meetings and summaries of the matches. 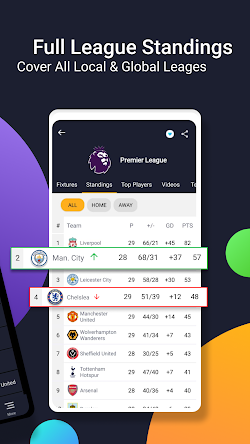 full coverage of the teams ’matches. Within each team’s page, you find all Team Fixtures

for this season with all the leagues that it plays with, with the possibility of filtering in a particular league.

inside all the leagues or tournaments in which it plays, whether local or international, in order to facilitate access to arrange your favorite team in all the leagues from the same page.

display all the videos

and media associated with this team, including goals and meetings for players, coaches and statements from the official social sites of this team.

full player list of the team with the possibility of adding them to favorites to follow favorite players more closely. 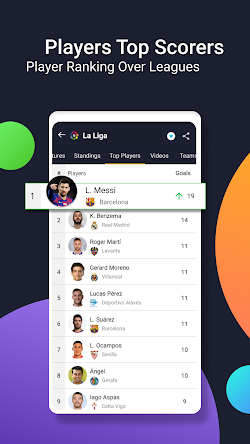 🔥 reduce ads & keep reducing it as app gets more downloads