Do you like scary movies? Are you in the mood for a few jump scares? If so, then get ready to find out what terrifyingly hilarious pranks are waiting for you in Troll Face Quest: Horror. 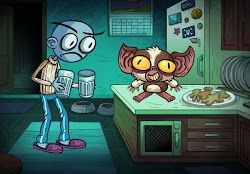 This edition of the popular game series is stuffed full of references to many of your favorite horror films, TV shows, and even video games!

– Lots of brain-teasing puzzles that are both horrifying and hysterically funny! 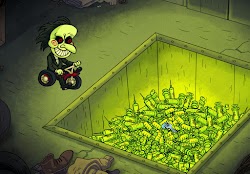 – Bizarre and totally hilarious pranks based on famous moments from history’s most unforgettable horror masterpieces.

– Cool graphics and awesome animation that are really weird and wild.

– New sound effects that definitely go bump in the night!

– Where else can you prank a few of the horror genre’s most terrifying serial killers, monsters, and more?

TAG ALONG WITH TROLL FACE ONCE MORE 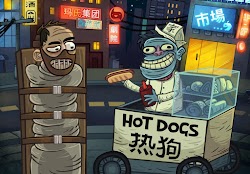 Troll Face Quest is one of the most popular, and addictive, tap game series of all time. Players get to team up with Troll Face while he plays clever tricks and pranks on everybody from the inhabitants of classic films to characters from the world of video games. He’s even staged practical jokes on several of the internet’s craziest viral memes. There really is no one that he won’t troll!

HORROR HAD IT COMING!

This time around, Troll Face is taking aim at a few of horror’s greatest hits. He may go on a chainsaw massacre while he saws his way through lots of pranks that are bloody hilarious in more ways than one! Troll Face is also bound to run into some even stranger things while he travels all across America and beyond to make sure that his tricks really get out. A trip to one of his favorite beaches might even lead to an encounter with the jaws of a great white shark! His latest adventure is sure to be packed with plenty of your favorite maniacs, killer birds, spooky puppets, pesky poltergeists, and lots more. Troll Face might even dig into some creepy pasta along the way! 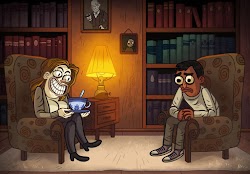 But can you handle all of this shocking silliness and hair-raising hilarity? Find out while you discover what evil lurks in the heart of Troll Face Quest: Horror!
Various bug fixes and performance optimizations.