Transit is your real-time city travel companion. It works in 200+ cities, for buses, trains, Ubers, Lyfts, and everything in between. Get precise real-time predictions for public transit, the smartest & fastest trip plans, and a step-by-step navigator when you’re going to unfamiliar destinations (or to wake you up from a mid-trip nap™). Our app gives you all the info you need, in a clear, bold interface so you don’t get lost or stuck at the stop. 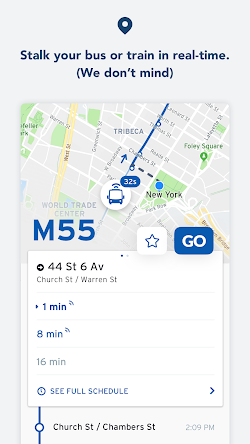 *Turn on mobile data to get real-time information

🔥 And trusted by the New York Times’ own tech critic, Mike Isaac

🔍 What features does this app support?

– Real-time map that shows you where your ride is 📍

– Explore different combinations of trips to find the fastest, cheapest way to your destination (i.e. how does a train trip compare to a “bus + bikeshare” trip? Or a “train + Uber” trip?)

– Real-time predictions, telling you when your train, subway, bus, ferry, metro, etc. will show up 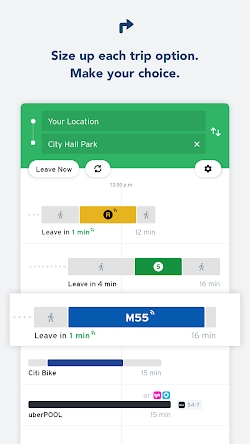 – Voice reminders to start walking to your stop, to hurry up (if your bus or subway is arriving early) and where to get off

– Compare ETAs & prices for Uber, Lyft and Via

– See ALL nearby bikeshares, scooters, and carshares

🙋 Where does this app work?

⚾ Full list of US cities ⚾ (including bus, train, subway, and ferry systems) 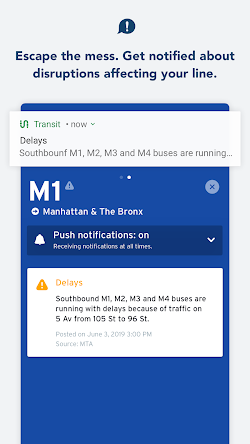 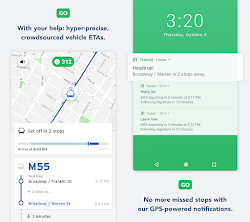 The situation is critical, 009: the team at Transit has been working on a “crowding” feature. It shows you how occupied your bus or train is when you tap it “open” on the home screen. We would like you to “put some pressure” on the Transit team, to get this out. The data currently includes a few cities, including the Staten Island-Manhattan express buses in NYC. Can you handle?

BENELUX! Hello Belgium + Netherlands + Luxembourg. You gave us chocolate, waffles, tulips, and Bouneschlupp. In turn, we’re giving your cities the gift of Transit.


COLOUR CORRECTION! we have finally seen the light, literally, and recalibrated colours in Transit to make them more legible.

Rate us five stars to keep the Transit elves happy