Description of Sites in VR 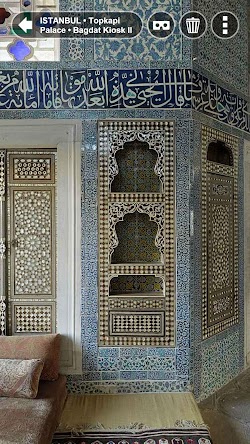 No gyroscope or compass needed!

BONUS: You can now use this app to setup your viewer for all other VR apps too! It has an integrated QR code scanner and even corrects for wrong screen-size issues. Normally, people will use Google’s “Cardboard” app to setup their viewer. But if your phone does not have a gyroscope, “Cardboard” app can’t be installed. In that case this app is the only alternative you have to setup your viewer! 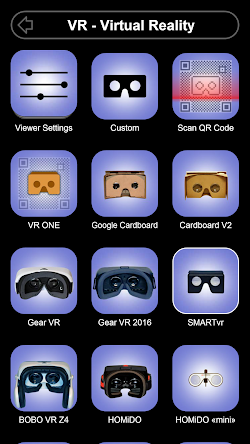 If there is no preset for your viewer, or you simply want to improve the perceived quality, you can use the unique VR settings option. You can make corrections on the eye separation, vertical center, screen to lens distance, barrel distortion, chromatic aberration and field of view.

No stitching errors: Utmost care is given to produce panoramas without stitching errors. Even when you look to the ground, where normally the tripod stand, you will not see any errors. This is also true for the many stereoscopic (3D) panoramas. Many will not know this but producing an error-free stereoscopic panorama of a real-life scene (not rendered), that feels right when you look at it… is very hard! Countless hours are put into making these.

Note on “Gear VR”: You have to pull up the USB connector and clamp the phone underneath. Don’t connect the USB port as that would automatically switch the phone to the Oculus menu.

– Move your mobile device around and see the environment as if you were holding a camera.

– You can use your fingers to pan around or zoom in- and out.

– To prevent screen rotation keep your finger on the screen while turning the device. 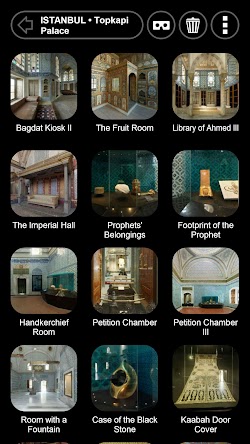 – When in VR mode in a place, look down to exit.

– When in VR mode, if the scene is turning by itself, leave the device on the table for about 30 seconds. This will trigger auto-calibration of the gyroscope sensor.
– New 3D panoramas from Turkey.

App Information of Sites in VR

Related Posts of Sites in VR