Everything is possible !! from a simple look to one with all bells and whistles. !! 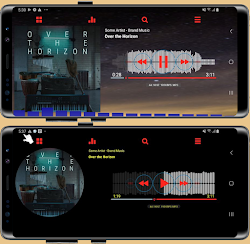 The 2 skins included in this app are so configurable that most (if not all) the features the other skins offer can be achieved.

1. I am no M*cros*ft or A**le so do not have an unlimited amount of resources to make this app “industry strength”. There is just one developer!! As a result you may find some bugs.

If this is the case, please do not leave negative feedback but contact me instead by email with some screenshots. I will then try and correct it.

2. It has been found that the app will not install on Huawei devices with Android v7. Later versions are fine. 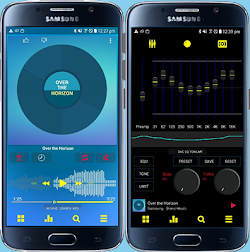 The alternative layout has the navigation bar at the top.

It has many configurable elements:

Over 50 colours to chose from 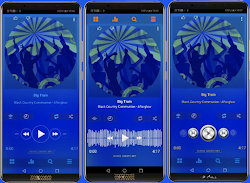 select the colour of text to be used throughout the app

size the text from small to large

set the colour of icons

set the colour of the navigation bar icons

set background colour of android navbar and statusbar, including transparent 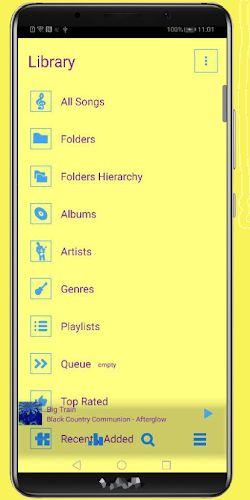 select the background colour of the navigation bar

select the colour of the circles or squares around buttons

a choice of sets of several different play buttons