Description of Game of Ur - Sticks & swords

Redesign of classic game of Ur.

– player one is mouse with stick

– player two is knight with sword 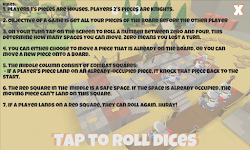 – you can play single player against artificial rival or against your friend on same mobile device. 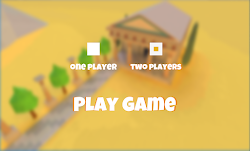 The Game of Ur is a race game and it is probably a direct ancestor of the tables, or backgammon, family of games, which are still played today.The Game of Ur is played using two sets of seven checker-like game pieces. One set of pieces are white with five black dots and the other set is black with five white dots. The gameboard is composed of two rectangular sets of boxes, one containing three rows of four boxes each and the other containing three rows of two boxes each, joined together by a “narrow bridge” of two boxes. The gameplay involves elements of both luck and strategy.
bug fixes and added czech language

App Information of Game of Ur - Sticks & swords

Related Posts of Game of Ur - Sticks & swords