This free app is able to translate words and texts from english to burmese, and from burmese to english. 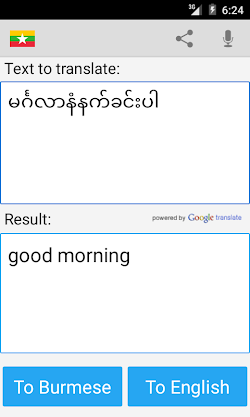 – very useful app for easy and fast translations, which can be used like a dictionary 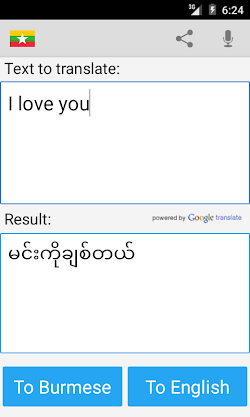 – speech output in both languages 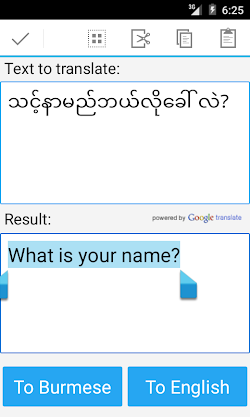 – if you are a student, tourist or traveler, it will helps you to learn the language!