“It’s a smartly and elegantly designed game that’s not afraid to permakill you” –IndieGames.com 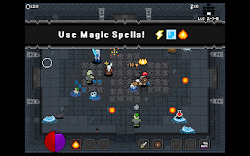 “The distilled essence of every 8-bit action role-playing game ever. Love it.” –Kotaku

“Bit Dungeon brings together The Legend of Zelda’s top-down dungeon stomping, Diablo’s loot lust, and the unforgiving difficulty of roguelikes within a slick retro-style quest.” –Mac|Life

“It’s great fun, made even more entertaining by the retro visuals that bring to mind classics like The Legend of Zelda on NES.” –Game Trailers

√ As featured in TegraZone!

√ Play it on NVIDIA SHIELD!

You and your wife were captured by demons…

You wake up what seems like hours, maybe even days later trapped in a prison cell, and your wife is missing. You find a sword in your cell and vow revenge against the beasts who took your wife – the quest to find your wife and destroy the demons begins!

bit Dungeon combines the randomized loot of Diablo and fast action combat of Zelda. Explore randomized dungeons and hack and slash your way through dangerous bosses. The difficultly increases as you become stronger and stronger. Build your character how you want with deadly passive abilities. 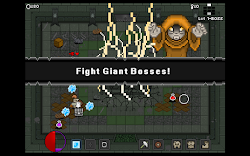 Just like the classic quarter crunchers of old, if you die you lose everything and start all over. Can you make it to the end and save the day?

•If you die you lose all items and start over.

•Extra Life: at Level 4 you receive a Soul after the boss instead of more magic. When you die this soul gives you a second chance.

•Hold down the “A” Button to charge up and use a STUN ATTACK.

•Hold down the “A” Button to BLOCK any attack. 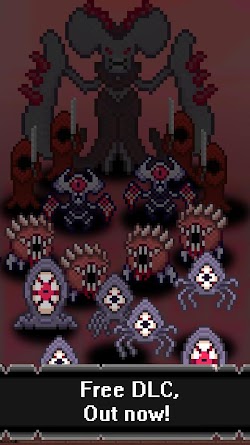 •“Touch” to control the character.

•Hold down “Touch” to charge up and use a STUN ATTACK.

•Hold Down “Touch” to BLOCK any attack.

LifeSteal – Steals life and heals you per hit. 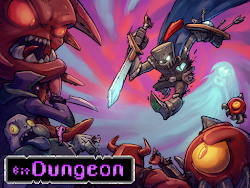 Proc – Chance to shoot a magic bolt on hit.

Crit – Chance to do a Critical hit (Critical Damage3).

Defend – Chance to block all enemy Damage on hit.

RunSpeed – the movement speed of your character.

Armor – Reduces Damage by a percent.

*Note: If it seems your device resolutions isn’t supported e-mail [email protected] I will support that device with an update*