⚽️ The best sports app for the millions of fans around the globe: scores, stats and live results delivered right to you! 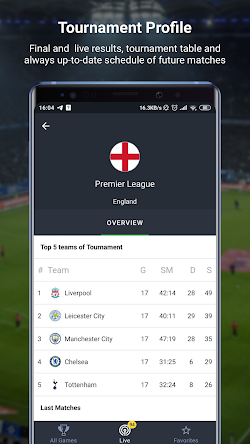 ALL SRORTS GAMES INFORMATION IN YOUR SMARTPHONE:

Everything you need to know about favorite leagues, teams and players.

A real-time live standings of sports games. All scores are updated in live mode. All you need is to tap on match to see detailed box scores and observe match statistics. 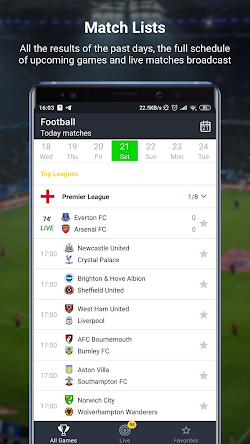 Get the latest scores, leaders and standings for the sport you cheer.

All team clashes information and statistics handpicked and crystallized.

Team stats for sports and real-time sport scores across these major leagues:

Sports we’ll be adding in the future: 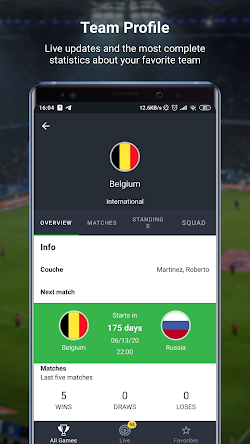 Want to give a feedback or need help? Email [email protected]