Astonishing Football 21 [] updated on created by Aerilys is the Sports Android App has 5,000+ downloads on Google play

is just like football, but on your smartphone or tablet. Become the manager of a fantasy team, and lead your players to the ultimate reward: the Football Cup! 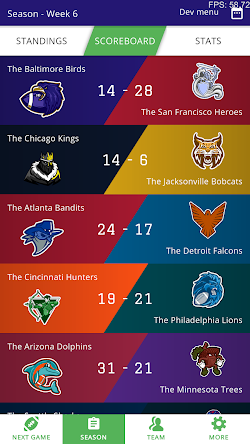 The squad of your dreams

Astonishing Football allows you to create the team you’ve always dreamed of. Make trades with the greedy other teams of the league, or sign free agents during the offseason. Draft talented prospects and elevate them to the rank of all-star during the Legends Contest. You’re the coach!

For Football fans and stats nerds 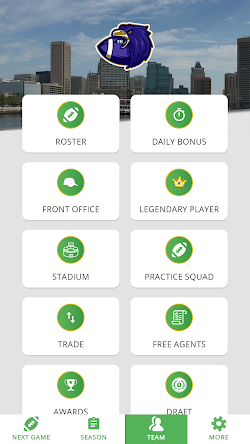 Astonishing Football is very easy to learn. If you know the game rules, you’ll know how to play! But it takes time and skills to learn how to beat your opponent’s playbook! 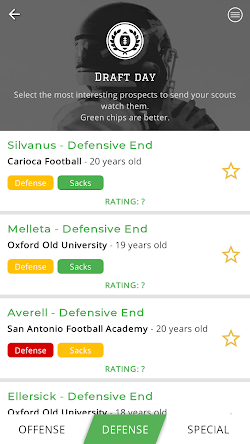 New in Astonishing Football 21 is the Rivalry. Maybe you’re going to have success with your team, but at the top of your fame, a talented coach might come to steal your throne! Will you be good enough to get him out of this league?

Feel free to send your feedback by email or by Twitter: https://twitter.com/LegendsManager 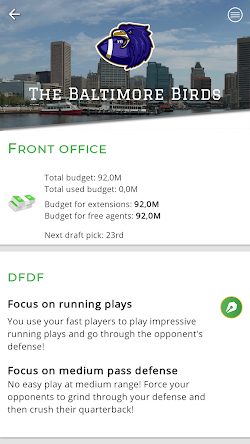 Join our Discord server: https://discord.astonishing-sports.app/
The Astonishing Contest is here! Who will become the King? That’s up to you and your team!

Plays will now take more or less time to be played, depending on their type.

The Astonishing Contest is here! Who will become the King? That's up to you and your team!
Plays will now take more or less time to be played, depending on their type.